Paris and the Rejection of Violent Religious Extremism

Religions for Peace (RfP) is deeply saddened by the terrorist attack in Paris. There is no justification for this act of violence; it grossly distorts the message of Islam and is a source of anguish to all sincere believers. We note with appreciation the statement issued by the European Council of Religious Leaders- RfP (click here).

As the world's largest multi-religious coalition, we stand together in the categorical rejection of violent religious extremism that is used to justify terrorism or any other form of violence in the name of religion. This ideology is misguided, as the primary narrative of each religion is Peace-not violence. The attack in Paris is an attack on all of humanity; it debases a great religious tradition holy to 1.6 billion people and leaves us all vulnerable and insecure. Our diverse religious traditions call us to stand united in solidarity with the dignity, vulnerability and well-being of the "other," with the full force of our respective spiritual and moral teachings.

Religious believers and men and women of good will are rightly troubled by the fact that religions are increasingly being used in support of violent extremism. Perversely, religions-typically understood by their followers as the foundation of human dignity-are being used to justify killing others.

In response, The Forum for Peace in Muslim Societies and Religions for Peace partnered in convening a very high-level gather of leaders including many Religions for Peace Co-Presidents. The important Abu Dhabi Statement: Rejecting Violent Religious Extremism and Advancing Shared Well-being was produced along with an ambitious action plan.

The Abu Dhabi Statement stresses the importance of a multi-religious approach, noting that it "builds solidarity around areas of shared concern and makes clear that the religious 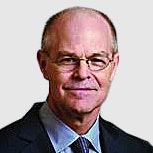 This past month has been marked by violent conflicts and the displacement of minority religious populations in the Middle East-North Africa region. Syrians, Iraqis, Palestinians and Israelis in particular come deeply to mind. Our hearts cry out when we see innocent people, including the elderly, women and children killed in violent conflicts. Our hearts cry out when violence is used as a justification for more violence, while the innocent lie dead, wounded or homeless.

Tragically, all too often religion is being misused in these situations. All too often, religion is a "victim" of the cynical efforts designed to demonize the other.

As you watched, worked and prayed this last month, you no doubt had in mind your Religions for Peace (RfP) colleagues present in places of conflict. I can share with you that your colleagues were using their faith as a source of strength to resist the great pressures to demonize people of other faiths. Indeed, your colleagues were struggling to find ways to reach out in solidarity for Peace.

We recall the recent 9th World of Assembly of RfP and its theme of "Welcoming the Other." In that Assembly, the delegates were able to discern as a profound consensus that their respective religious traditions called them to actively "welcoming the other." That is our fundamental multi-religious stance. It expresses the fact that diverse religious traditions teach-each one in its own way-that Peace is more that the absence of war; Peace is positive.

Below the painful headlines, you will be pleased to know that your colleagues in RfP around the world continue their work of bridging the divides that so painfully separate human communities. The enclosed Newsletter highlights just a little of our work during the past month.

Please login using your credentials recived by email when you register.